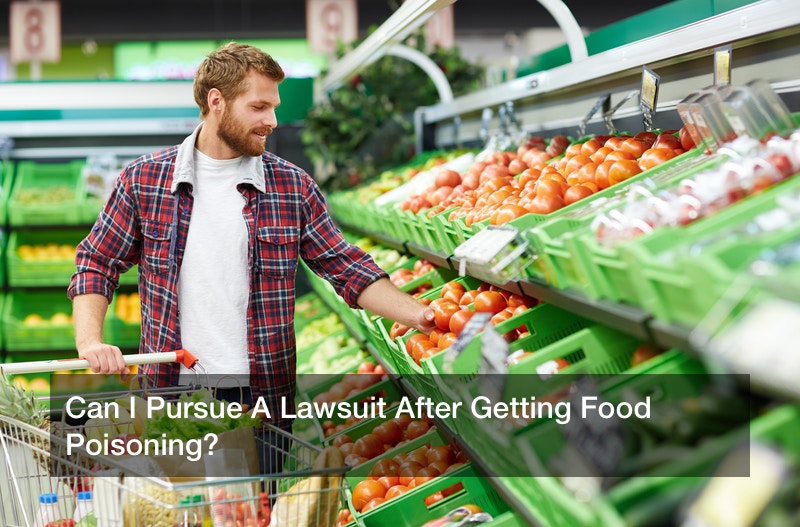 Your health should always be your top priority, but now more than ever. In the midst of a pandemic, it’s important to stay on top of your physical condition. Any health issue that would normally be minor is now potentially going to be magnified, due to the fact that a weak immune system may make an individual more vulnerable to contracting a severe case of COVID-19. Part of protecting yourself from the virus involves eating a healthy, balanced diet and staying in shape. This is why a lot of restaurants remain open during the pandemic, being deemed essential by the Department of Homeland Security. Essential industries employed 49 to 62 million workers before the COVID-19 crisis, which of course further motivates the department to keep restaurants open. The stronger your body is in general, the easier it will be for you to fight off the virus. With that being said, there are certain incidents that can be difficult for you to predict; but these incidents are not necessarily difficult for others to prevent.

Perhaps one of the most devastating health problems that could hit a healthy person during the pandemic is food poisoning. Food poisoning is often associated simply with vomiting, but in fact, it can cause many other issues. While severe vomiting is commonly associated with food poisoning, that vomiting can cause other symptoms, like severe physical weakness, low weight, and dehydration that would leave a person at risk of catching COVID-19. Furthermore, food poisoning is often also accompanied by severe diarrhea, stomach pains, and a fever. You could potentially develop food poisoning after eating any food that is tainted in some way. It’s particularly common when tainted meat is served, of course; but certain types of specialty produce are always prone to causing food poisoning. The fact is that if you develop food poisoning, it probably could have been prevented by the restaurant or grocery store selling the food. There are certain conditions in which specific types of food must be kept in order to prevent food poisoning. If a business is not maintaining those conditions, it’s important that they are held accountable, which is where an attorney comes into play.

Can You Really Sue Over Food Poisoning?

Many people associate personal injury attorneys with issues involving, say, workplace accidents in a warehouse or car accidents in which one party can be held responsible. The question is: can an individual really sue a restaurant over a case of food poisoning? The answer is yes. Food poisoning can be prevented, and it’s the responsibility of the restaurant to ensure that the food being served is healthy and clean of foodborne illnesses. In fact, other parties can further be brought into the lawsuit, including the suppliers and growers of the food involved.

How Do I Know That It’s Time To Consult An Attorney?

Holding a restaurant owner accountable for food poisoning can be difficult at first, because a lot of people don’t realize that they have food poisoning until after the fact. Therefore, they don’t get in touch with a personal injury attorney in time to develop a plan and collect information. Therefore, it’s important to start thinking about defining your symptoms and what’s wrong with you as soon as you start feeling ill. If you carry food poisoning symptoms, particularly the stomach problems and fever, within a few days of going to a restaurant, food poisoning itself should be the first thing on your mind. This is not merely because you’ll probably need medical help; many people who suffer from food poisoning must go to an urgent care center or the emergency room. It’s also because, as you’re seeking out medical attention, you’ll also be gathering evidence for your case. You may not even think about consulting with an attorney at this point, but you and your doctor will need to know whether or not you’re suffering from food poisoning simply to ensure that you’re receiving the proper treatment. A doctor can’t necessarily determine whether or not a stomach problem is linked to food poisoning beyond a reasonable doubt. However, a doctor can direct you to look further into what you were eating.

Most food poisoning cases are relatively minor and do not require long-term hospitalization. This means that they do not lead up to the kinds of hospital bills that often motivate personal injury lawsuits. It’s important to consider the fact that, while a personal injury attorney would certainly be necessary for this type of lawsuit, there can be a high price to pay when working with a lawyer. A power line installer or repairer, for example, makes an average salary of $70,000, while a personal injury attorney at a large law firm can make anywhere from $80,000 to $165,000 a year. A good attorney will tell a potential client whether or not a lawsuit is potentially winnable, but there’s always the risk that you could end up losing more money than you would gain for your lawsuit. Therefore, there are certain factors that one should consider about their particular case of food poisoning before they move forward with a lawsuit.

In order for a case of food poisoning to be worth a lawsuit, it would have to be particularly severe, again necessitating the lengthy hospital stay mentioned previously. There would also need to be a strong correlation between the restaurant at which you were served, and the food poisoning. This could be discovered through several cases of food poisoning occurring around the same time, or perhaps contamination or poisoning being connected to a food supplier for the restaurant. Much of this will involve some degree of detective work on the part of you and your attorney. It’s unlikely that the tainted food will be conspicuous; after all, you wouldn’t have eaten it otherwise! Therefore, you should not expect a straightforward personal injury lawsuit when dealing with food poisoning. However, certain contaminants are more likely to be noticed by a doctor, and can, with some effort, be traced back to the offending restaurant. These include salmonella, cyclospora, and E. coli. While such contaminants are not necessarily common, they are commonly associated with food poisoning. Therefore, if you pick up them up soon after eating at a restaurant, you’ll at the very least be more likely to trigger an investigation into that restaurant. 2015 saw the closing of 43 different Chipotle restaurants due to separate E. Coli and norovirus outbreaks associated with them.

What Makes A Restaurant More Likely To Risk Exposing Diners To Food Poisoning?

Some restaurants may be more questionable than others, which would, of course, make it easier for you to pinpoint whether or not a restaurant you visited is the culprit. Furthermore, if you and your attorney are investigating a restaurant, there are certain red flags to be on the lookout for. Often, the original issue is not an individual restaurant but the food supplier. In that case, both parties would be at fault. Although the supplier should not sell products carrying contaminants, of course, the restaurants themselves are required to inspect the items they purchase before using them. Certain conditions may make a restaurant more likely to acquire contaminated food. For example, “farm table” restaurants, which buy food directly from local farms, can sometimes sacrifice sanitation for noble intentions. While there is nothing wrong with buying food from smaller suppliers, restaurants must be careful about selecting those suppliers.

Another issue that can occur with regards to food safety and restaurants is the straightforward contamination of food after it arrives at a restaurant. Different foods can be kept for different amounts of time. Many restaurant owners are reluctant to keep certain types of food frozen, as this can lead to a lack of flavor and overall loss of quality in the food. This means that food poisoning can actually occur quite frequently in more high-end restaurants, which may very well steer away from freezing food. Most restaurants should have fridge freezers on site even if they don’t use them very often. It’s also important that they adhere to local guidelines and regulations regarding cleaning and upkeep. Ideally, a health inspector would catch any violations of these rules. However, violations can slip through the cracks.

While this may all seem to make food poisoning cases difficult to prove, or perhaps only provable under very specific circumstances, food poisoning lawsuits have been successful in the past. The case of Stachulski v. Apple New England, LLC was one such notable case, in which the plaintiff was exposed to salmonella through a restaurant, and sued the offending party. In this case, the presence of salmonella did make food poisoning a bit clearer, though the defendants did attempt to argue that the salmonella came from other sources. Perhaps most significant, however, was the $43,000 the plaintiff spent on hospital bills, as well as the fact that they had long-term medical problems as a result of the food poisoning. Even in a clearer case like this, however, much can depend on the attorney you work with.

What Should I Look For In a Personal Injury Attorney?

A good attorney will want to begin collecting evidence immediately, as much of the evidence in a food poisoning case will begin to break down soon after you eat. This process may involve gathering receipts and other records. If you paid for your food with cash, your attorney may even need to prove that you ate at the restaurant through security footage. This can be easier to acquire in theory than reality. Often, restaurants involved in food poisoning lawsuits are backed by powerful corporations, with many more available resources than you might have. This is why an experienced and careful attorney is crucial. It’s better to be discerning when choosing the attorney you work with.

What About Class Action Lawsuits?

A class action lawsuit often results in smaller payouts for plaintiffs, as multiple people are essentially filing together. But with that being said, the lower amount of effort required can make it appealing, and furthermore individual plaintiffs often fail to win any kind of settlements in food poisoning lawsuits. Therefore, the settlement rewarded to a plaintiff in a class action lawsuit can seem better than nothing. All of this being said, it’s important to consult with your attorney honestly about your case before making a final decision.

As intimidating as food poisoning-related personal injury lawsuits can seem, you shouldn’t dismiss yours outright. If you became severely ill due to a restaurant’s mismanagement, you deserve to pursue compensation. It is at the very least worth consulting an attorney over. Only an attorney can provide the kind of honest answers that you need, and help you determine whether or not you have a worthwhile case on your hands. While it may seem difficult to navigate at first, taking that first step can be the beginning of getting your answers. 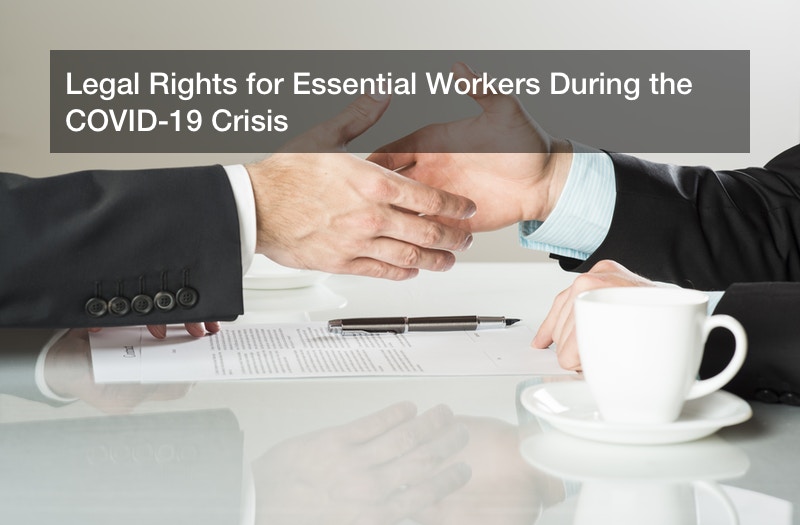 Legal Rights for Essential Workers During the COVID-19 Crisis 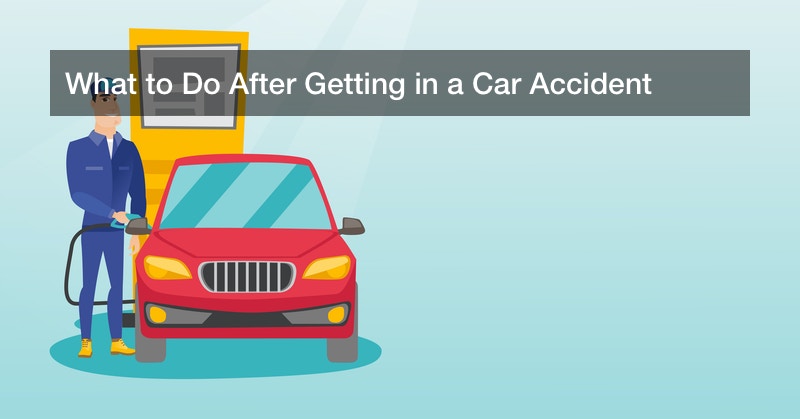 What to Do After Getting in a Car Accident

Should You File a Mesothelioma Lawsuit?